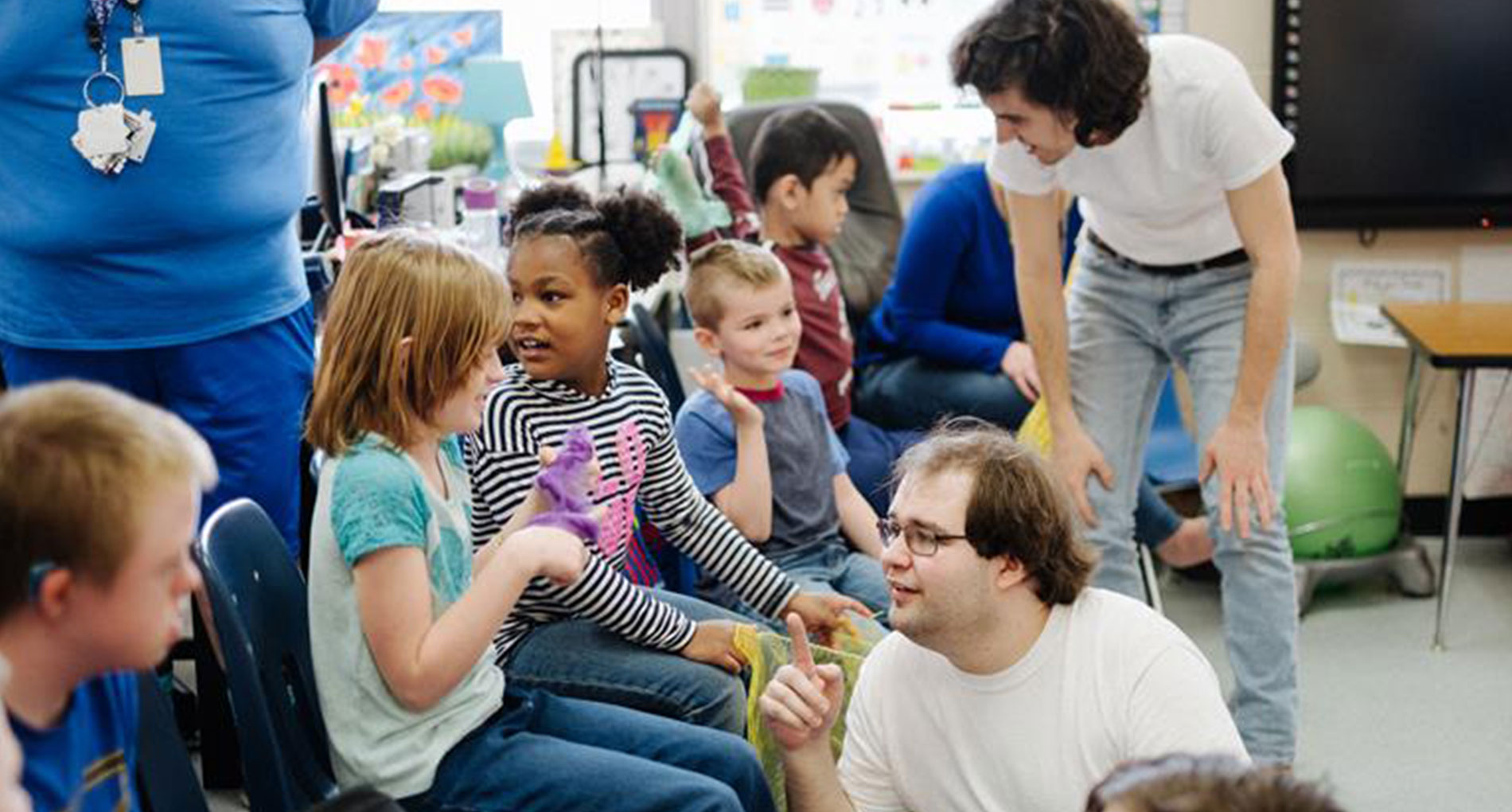 One of the first of its kind in the world, Michigan State University’s Department of Theatre has produced a play that is written specifically for an audience that is neurodiverse, which are variations in the human brain that are commonly characterized as autistic, dyslexia, attention deficit hyperactivity disorder (ADHD), Tourette syndrome, and others. The piece is called FARM! A Musical Experience.

Although it is no longer uncommon for performing arts groups or venues to feature inclusionary, sensory-friendly productions, shows are typically an adaptation of a performance for neurotypical audiences. Despite the presence of prominent companies in London and New York City creating expressly for a diverse audience, there are surprisingly few works in existence. A challenge with making these shows accessible is to scale the performances and to keep them affordable.

“The 4th Wall work is done primarily through a series of theatre games. As I watched the impact that performing had on the students, I began to think, ‘There has to be more to this.” O’Dell said.

O’Dell and her team of MSU theatre students began crafting FARM! A Musical Experience in early 2017 using a rehearsal process based on the pioneering multisensory, participatory models by Oily Cart and Trusty Sidekick, which applies techniques such as pre-performance workshops, live music, and individual performance/audience member interaction. Sensory training also was conducted through a partnership with the MSU Department of Psychology.

“When I brought two MSU students to New York for a workshop with about 20 artists from around the world, only four had ever created multisensory theatre,” said O’Dell. “There is definitely a need to expand our accepted definition of theatre and audience.”

This past spring, the Department of Theatre took their production of FARM! A Musical Experience on tour to special education classrooms in the greater Lansing area. The choose-your-own adventure style show had students singing, dancing, and interacting with the cast, but what made these performances truly stand out was the actor playing the role of Grandpa Goat; his name is Christopher Hibbs and he is a 22-year-old with autism.

When FARM! A Musical Experience originally premiered and toured, following a series of workshops with neurodiverse students in the greater Lansing community, Hibbs was one of the student participants.

No stranger to performing, Hibbs previously participated with Wharton Center’s Take It from The Top program and All-of-Us-Express Children’s Theatre. With a gift for impressions and a love of making people feel happy, Hibbs shares the same aspiration as the MSU students he worked with: to be a professional actor. The MSU team was quick to recognize his talent and when it came time to cast the Spring 2019 tour, O’Dell offered him the role of Grandpa Goat.

Hibbs thrived in the cast. There was a boost in participation from the student audiences when he was on stage and he even began to receive fan mail. Hibbs also formed a close friendship with FARM! A Musical Experience co-creator and MSU theatre alumnus, Ryan Duda.

“It was wonderful to see him accepted and embraced by typical students, doing typical things” said Christopher’s mother, Martha Hibbs. “Ryan is close enough to us now to be considered family.”

Hearing Hibbs speak about his experience with FARM! A Musical Experience sounds no different from any other theater student.

“I’m always looking for more opportunities to audition,” Hibbs said. “Ultimately, I’d like to win an Academy Award and then find ways to give back.”

The experience of having Hibbs in the cast has had a profound impact on O’Dell as an educator as well as her understanding of inclusion and success in theatre.

“Directing FARM! A Musical Experience with Christopher in the cast has completely changed my idea of what a ‘successful’ show is,” O’Dell said. “Success is when everyone, cast and audience alike, are participating in a joyful experience. Having a neurodiverse cast for a multi-sensory experience…that’s true inclusion.”

The success of FARM! A Musical Experience has inspired O’Dell to continue her cutting-edge research and find new audiences for the work. Currently, she is developing a new production, called Soda Pop Shop, and has collaborated with University of Michigan’s Sean Ahlquist on a show that will combine a socio-sensory architecture model with O’Dell’s methods and techniques.